Our fundamental advantage begins with the people that make up our team. Each of our diverse team members share a passion for excellence coupled with integrity. These people are dedicated to providing you with the most advanced security solutions that the industry has to offer. They share a common goal of providing you with the highest level of service possible. In simple terms it’s about being there when you need us and standing behind our work. No matter what the need, we take a consultative approach with a common goal of delivering a tailored solution specific to your needs. We like to consider our business development team as Security Advisors. This unique group of professionals have worked within the security industry with a combined 95 years of experience. Their experience ranges from enterprise level solutions to comprehensive small, mid-size systems. Each member of our team is carefully selected to ensure they have what it takes to meet our precise set of standards. We look for individuals who are dynamic and possess integrity. It’s also important that they have superb listening skills and are naturals at customer service. Equally as important they must be driven to succeed and be the very best at what they do. It’s not about how much they sell it’s about exceeding the needs of our clients to the best of their ability. Every solution they present must be custom-tailored to meet your business needs. The engagement with our clients that we provide is comprehensive and is designed to make sure we are looking at all of their potential areas of exposure and budget.

Our operations team is like no other and our mission is simple. We are dedicated to providing our clients with the very latest in security solutions combined with good old-fashioned hard work. Each and every one of our employees was hand-picked because they go above and beyond for us and there is a pride and integrity in their work you won’t find anywhere else. Team101 receives the latest product training and certifications every year so that we can provide our clients with what they deserve and pay for… an exceptional customer experience from start to finish. We aim to return customer service to what it used to be and stand as the security company people trust to get the job done. 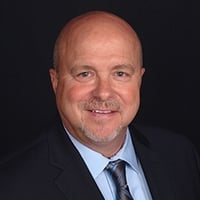 Anthony has worked in the commercial sector of the electronic security industry since 1996. Before that, he proudly served in the United States Military, which began in 1979 when he volunteered for the Air Force Reserve. In 1981, after receiving his honorable discharge from the Air Force, he went on to join the United States Navy, where he quickly rose through the ranks to ultimately retire as a Chief Petty Officer in 1996. Immediately after he retired, he went on to join forces with a local start-up system’s integrator in New Jersey, and within his 11 year tenure eventually to became Vice President of Operations. In October of 2007, he decided to join forces with his business partner Rob Ryan to officially launch Security 101 - New Jersey. 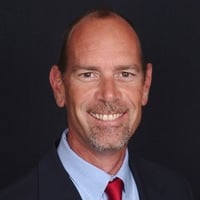 Rob Ryan has worked in the commercial sector of the electronic security industry for almost 20 years. He began his career in 1992 as a sales representative at Wells Fargo Alarm Services in Princeton, New Jersey. Rob moved to ADT Security Services in Edison, New Jersey in 1998 as a Senior Sales Representative. In 2000, he was promoted to Commercial Sales Manager. Rob’s time as the Sales Manager of a 23 million dollar branch not only gave him invaluable managerial experience, but also impressed upon him the importance of giving both clients and employees his utmost loyalty and respect. In the year 2002, Rob moved to local Sales Integrator as a Senior Systems Integration Specialist. With his strengths in understanding new technologies and more complex systems, he became a standout in the field of security integration. Rob’s remarkable success can be attributed not only to his knowledge and talent, but his hard work, dedication and outstanding relationships with his colleagues and clients. Brook has over 40 years’ experience in the electronic security industry. He started as an installer for Honeywell protection services with experience in access control, CCTV, burglar and fire detection systems, and he eventually worked his way up to a management position. He later went on to work in sales for Stanley Security specializing in designing and engineering integrated security solutions for government, commercial, and retail markets. After spending 11 years in sales, he decided to get back to his roots and joined Team101 as the New Jersey Operations Manager. Kristine has over 17 years of experience in finance, HR and administration management within the security industry. After graduating college cum laude from the nationally accredited accounting program at Georgian Court College, Kristine became a business manager for ADT Security. She later advanced to Regional Business Manager for the NY/NJ/PA area, serving a total of 6 offices. She provided internal controls, financial forecasting, budgeting and monthly tracking reports for the executives while implementing efficiencies and strategic planning to the offices. Following her tenure at ADT, she went on to become the CFO for a privately-owned security integrator. This diverse financial acumen and business aptitude is the foundation that enabled her to provide the “business intelligence" owners need of a growing security company. Kristine is a trusted key member of our management team.

As a commercial integrator, Security 101® is able to deliver best-in-class design, installation and service by utilizing our unique and proven business approach within the security industry.